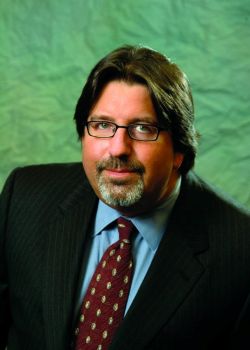 Mr. Sherman is a Partner and Chair of the Corporate Department in the Washington, D.C. office of Seyfarth Shaw with over 900 lawyers worldwide.

He is the author of 26 books on business growth, capital formation and the leveraging of intellectual property, including his twenty-second (22nd) book, Harvesting Intangible Assets, Uncover Hidden Revenue in Your Company’s Intellectual Property, (AMACOM) which was published in October of 2011. His latest book  The Crisis of Disengagement was published in January 2017. Other recent titles include the best-selling Mergers and Acquisitions from A to Z, third edition was published by AMACOM in 2010. He is also the author of the 2nd edition of the Due Diligence Strategies and Tactics, which was published in the Spring of 2010. His twenty-third  book Essays on Governance, was published June of 2012 and in 2013, he was named by NACD as one of the Top 100 Leaders in Governance.  In 2014, he was included in the global IAM 300, recognizing the world’s thought leaders in managing intangible assets.

He has appeared as a guest and a commentator on all of the major television networks as well as CNBC’s “Power Lunch,” CNN’s “Day Watch,” CNNfn’s “For Entrepreneurs Only,” USA Network’s “First Business,” and Bloomberg’s “Small Business Weekly.” He has appeared on numerous regional and local television broadcasts as well as national and local radio interviews for National Public Radio (NPR), Business News Network (BNN), Bloomberg Radio, AP Radio Network, Voice of America, Talk America Radio Network and the USA Radio Network, as a resource on capital formation, entrepreneurship and technology development.

He has served as a top-rated Adjunct Professor in the Masters of Business Administration (MBA) programs at the University of Maryland for 26 years and at Georgetown University for 17 years in both the business school and the law school where he teaches courses on business growth strategy.