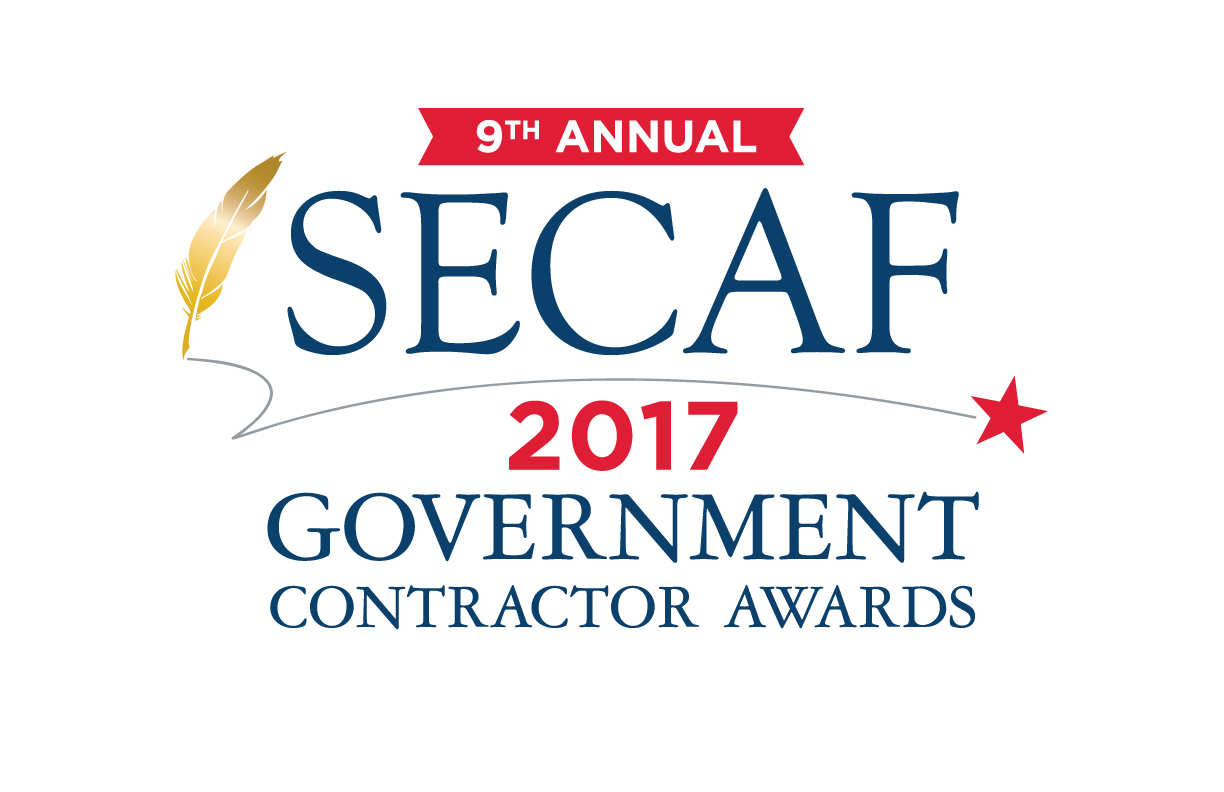 “It is an extraordinary privilege to recognize SECAF’s 2017 winners.  Year in and year out, the caliber of companies that make it into this elite group are stellar examples of innovation, dedication, strategy and leadership.   These tenets of the small business government contractor community allow the industry as a whole to reach higher levels,” stated Cameron Hamilton of The McLean Group LLC, one of the co-chairs of the event and SECAF’s Chairman of the Board.

The Government Contractor of the Year awards recognize companies in three revenue categories ($0-6M, $6-12M, and $12-25M) that have shown a compelling and profound commitment to excellence in growth and financial performance. The Award of Excellence highlights an organization that represents excellence within their community, the government contracting industry, and towards employees.  The Government Project of the Year is given to a company that has delivered an exemplary program with significant tangible and intangible value to the federal government.  The Small Business Partner of the Year is awarded to a large business that has demonstrated its ability to establish and support mentorships, teaming, partnerships, and other beneficial programs for small businesses.  The Special Recognition Award is presented to a small business that – in the judges' view – exemplifies many of the core qualities of the other SECAF awards and has a strong focus on providing services and solutions that are useful and relevant to customers.  The Government Advocate of the Year is awarded to someone who has provided leadership, commitment and direction and had a profound and positive impact on the small and emerging contracting community.  Finally, SECAF’s Advocate of the Year recognizes a member who tirelessly championed the organization’s mission.

More information about the Gala, including past winners and opportunities to be involved in the 2018 award season, can be found at www.secaf.org under the Annual Government Contractor Awards tab.

About The Small and Emerging Contractors Advisory Forum
The Small and Emerging Contractors Advisory Forum (SECAF) enables the small and emerging government contractor to achieve maximum growth rates in a highly competitive marketplace. Providing members with business resources, access to influencers and government agencies, and advocacy opportunities and education, SECAF is an important resource for a growing company.  SECAF also serves the medium to large government contractors, providing invaluable introductions to specialized small businesses that enable the overall contracting community to work successfully in tandem. For more information, visit www.secaf.org.