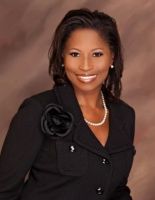 As the CEO, Mrs. Freeland is directly responsible for leading the company’s strategic vision and direction, developing strategic and tactical goals, operating plans, and policies for the corporation, and implementing board approved plans. She directs the company with a highly strategic business plan, referred to as Vision 2020 – The Way Forward, with the goal of optimizing profits and return on invested capital. Mrs. Freeland plays a vital role in business development, customer satisfaction, financial stability, and employee relations.

A serial entrepreneur, she is also the Founder and Former Chief Executive Officer of RGII Technologies, Inc., an Information Technology, Systems Integration, and Engineering Solutions Company whose myriad of customers included nine presidential cabinet agencies of the federal government. Mrs. Freeland successfully built and sold RGII to Computer Horizons Corp in 2003. Under Mrs. Freeland’s leadership, RGII more than tripled in size with revenue growing 4800% over an 11-year period. After fulfilling a three-year transition period with Computer Horizons, she retired in 2006 from the brain child she started in a basement office in search of her next entrepreneurial venture, A-TEK, Inc. Prior to founding RGII, Mrs. Freeland spent over seven years supporting various Federal Government agencies in the areas of Financial, Information and Program Management Support. Mrs. Freeland is a visionary leader who has made her mark in the business community.

Mrs. Freeland’s current and previous board appointments include:


Among her noted achievements include:
Freeland also holds membership in various professional organizations and is a sought after speaker. Speaking engagements include:
Mrs. Freeland holds a Master’s Degree in Business Administration with a concentration in Financial Management from the University of Maryland, College Park, and a Bachelor of Science Degree in Finance from the University of Alabama at Birmingham. She published her first book, Navigating Your Way to Business Success: An Entrepreneur’s Journey, which was released in July 2009.

A native of Birmingham, Alabama, Mrs. Freeland resides in Pasadena, Maryland with her husband R. Gregory Freeland. They are the proud parents of adult twin daughters: Brya Simone and Brynn Nicole, and one deceased son Richard Gregory II, for whom RGII Technologies, Inc. was named.